Fashion in the Countryside 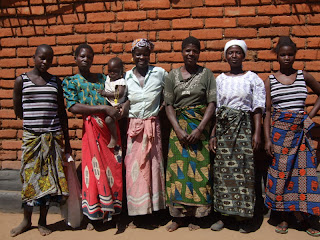 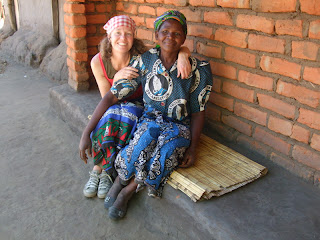 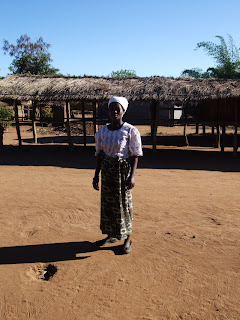 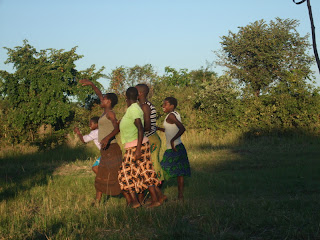 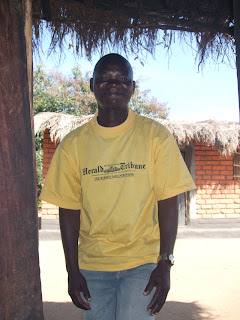 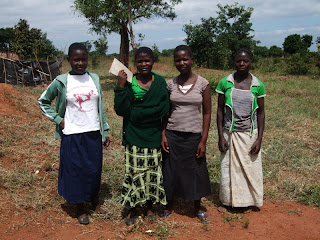 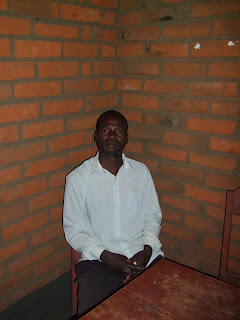 Fashion in rural Malawi consists of a few elements: tradition, evolution and market. Traditionally women in Malawi wear a chitenji, like many women all over the African continent. A simple piece of fabric with colourful patterns which is tied around the waist. When pregnant they tie it around their chest, above the breasts. Most of the women still do. Sometimes the pattern is a message; from a women's organisation, the Catholic Church or an agriculture association. And more and more you see young women just wearing skirts, and they become shorter. Traditionally it was not allowed to see anything above the ankle, nowadays some skirts are just over the knee. The same for shirts; traditionally they were always with sleeves, but sleeveless or even just a vest becomes more common. That's the evolution.  And the market comes in as well. The second-hand clothes market in countries such as Malawi are booming. The crocs that Europe is bored of are widely seen here. Also the fake D&G's, the postmen-uniforms and the marketing. Besides the main load of shirts, trousers and jackets. So the colourful mixture also becomes a style mixture. For men it's slightly different. They roll their trousers, wear polo's, checkered shirts and uniforms. But there's nothing better than a man in a plain white shirt.
Gepost door Reny op 07:44 Geen opmerkingen:

Local markets serve the community better than export I dare say. Except for products that are best made in those countries. From materials we don’t have here. Or techniques we don’t have. Trade is best if you trade each other’s quality products. That’s true fair trade.
Besides that these small businesses can improve more if they make useful products rather than decorative. Decoration has an end, neccessary products will always remain. Ther’s no ban on decoration, but then the 3 questions raised above should be answered first.
Do we really need this? Does it add to the quality of our daily lives and how? What is the footprint and can we reduce it?
I do believe it’s important to train people in developing countries in market opportunities, but why not locally? Is it the vanity of the designers here who like to get the credits for doing good? It’s easier to show you’re doing good when fancy products lie on shelves here.  And of course some products are wonderful and clever, such as the recycled car tyre baskets, or the bamboo textiles sold by Yumeko through Fair+Fair and others. Many, maybe most lorries and vans end up in developing countries so at the end of the line it’s good to make something useful out of the tyres. Bamboo doesn’t grow here and is more sustainable than cotton, so it’s wonderful to use it for textiles all over the world. Hurray for those products. And of course some products are symbolic such as bracelets to raise awareness. But garlands or small boxes? What about recycled glasses? Why don’t we support makers in developing countries to sell recycled glass locally? And recycle local glass here to make these products? Less transport, and a challenge for a much larger market for the makers there.
So every designer must look in the mirror, and then to the outer world. How social is the design you’re doing? I believe design can play a key role in development if the aim is to be useful and to optimise the opportunities for people involved.
With the projects I’m doing with women in Malawi we’ve also made the choice to develop the local market. They make hand-knitted products as well as baskets. I could take them with me and sell them here in a fancy shop. But now the women work locally, buy or harvest their material locally, trade themselves locally, and the money flows directly into their own pockets. The only role I play is to develop the concepts with them and accelarate their skills. A very satisfying role I must say. I think that’s more useful in the long term. For they become more independent.  Stronger. And a role model for others. Like this a small project can be the pebble in the water, the seed in fertile soil. Growth is what's developed by people themselves. 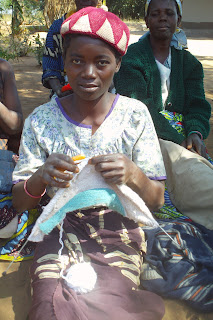 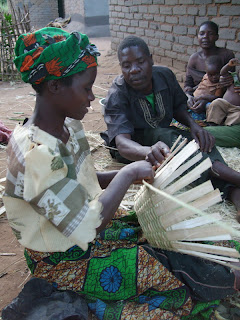 The position of design in the current society- in which the capacities of the planet, the need for fair development and the limits of growth are the main issues- is an interesting one. There is so much stuff on our planet, and most of that stuff is only used by 10% of the world’s population; we need to rethink design. I'm not saying I have the ultimate answer; I just want to keep the conversation going. Because I think social design is there to stay.

Design has a new role, a new destination and a new responsibility.  We no longer can make things for the sake of making them or for their beauty.
Aesthetics are important while looking at design, but equally important must be the following questions:
Do we really need this?
Does it add to the quality of our daily life and how?
What is the footprint and can we reduce that?

Social design adds to this by an extra unique selling point: the social environment in which the design is made. Whether it is made by people in special care, by people in developing countries or by people in fragile circumstances. The makers should benefit from the production.  By their empowering development, by  good labour circumstances and a fair price.
They make products people are supposed to want to buy.
In this case I want to focus on the products made in developing countries.
Most of the so-called fair-trade-products from developing countries are being sold in fairtrade shops. Designed by designers here, made by (mainly) women there. The base of the trade is a good one; doing good by giving the people in developing countries opportunities.
There are a few examples of how these designs relate to being sustainable. Let’s have a look at ‘return to sender’. It’s sold at the HEMA. The shelves are usually messy, the products are many. Some of them are cute, some look they won't last long. Let’s ask these questions while looking at them:
Do we need all these hangers from India and Thailand?  How many bracelets can be imported from South Africa? Or small boxes in animal shapes? Why can’t we buy ‘return to sender’ products which last long and are really useful?
Do they add to a fair business for the women? Presumably. Do they empower these women? Hopefully. Do we need these products? No. Do these products add to a sustainable approach? I doubt it.
I believe that fair trade with useless products is somewhat fake. Buying silly stuff to feel good; is that fair trade? No, but it happens a lot. And silly stuff is very unsustainable.
So how can we improve the idea of fair design being fair and sustainable? I think the answer lies in the local market. For the local market is 90% of the world’s population. A much larger market than the 10% to which we belong........... 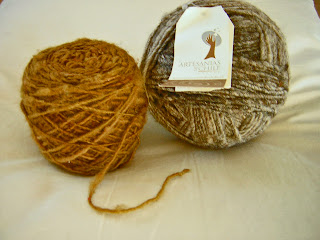 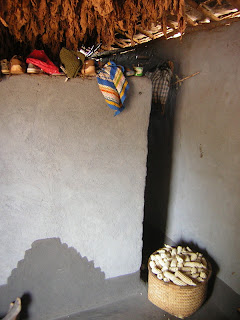 ...on my balcony. Broad beans, herbs, flowers. Also chirimoya seeds that I brought from Chile. I love taking care of them. Not much space, would love more. So I love the recent initiatives for green dating sites. People with a garden but no time offer their space to people with green fingers without a garden. Or exchange seeds or plants. Such a wonderful idea! More and more people start growing their own vegetables, and not just for economic reasons. Also because gardening is great to do, healthy and peaceful. And sustainable as well; how local can you get your veggies! 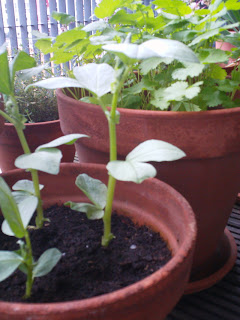 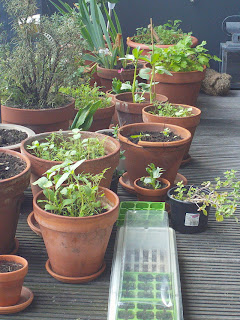 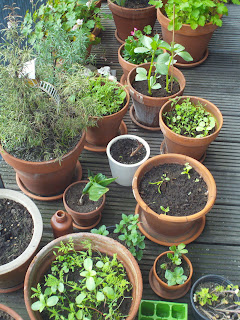 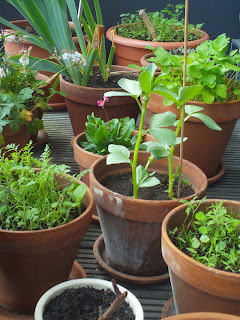 Pff, it's been a while since I've knitted something just for home fun. These socks are for Oskar; the new born son of my colleague Karianne. Funny with a twist; I hope it will take a while before they fit... 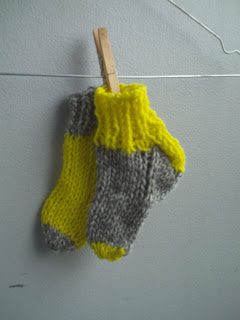 Last week at the Rio aan de Maas conference I listened to Peter Bakker. He's the former CEO of TNT and now president of the WBCSD. The World Business Council for Sustainable Development.
It was in the afternoon, after some positive speeches and interesting workshops. He shaked the audience. Don't think you can change the future of this planet by just attending conferences like this one. You have to act. His message is that politics are way too slow, businesses are acting more efficient now regarding sustainable development. I always find his messages somewhat influenced by the idea of huge bonuses  people like him get and don't refuse but alas; he saw the light and works for the better. He even admits that.
I must say he's good. He talks like he's sitting at your kitchen table having entered to borrow a cup of flour. Easy, direct, humorous and friendly. His WBCSD developed a vision for 2050. In which large companies link together, and cooperate on issues like energy, food security and social development.
Here's a graphic and it shows how everything is related, must be related. It's about creativity, encouraging initiatives rather than blocking them with formalities, a clean ocean, a fair life for all people, transparent governance, sustainable agriculture, eco-systems that prosper, a circular production and economy.
Have a look at WBCSD 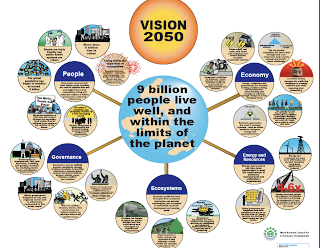 And here are some more faces..... while being curious, while pounding the maize, while playing netball and football, while 'being boys in a group'. 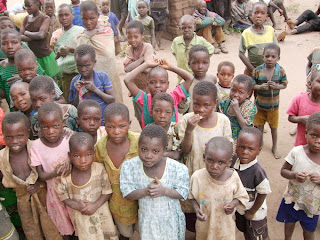 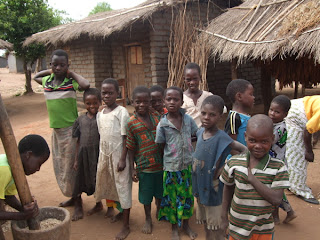 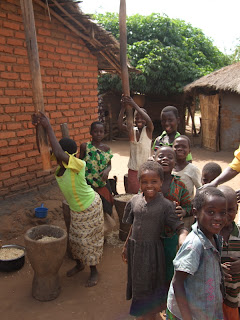 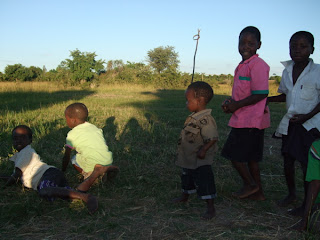 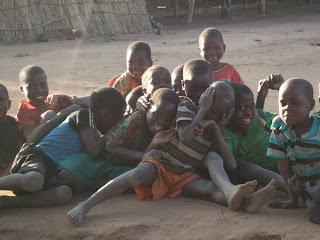 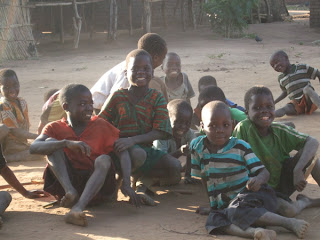