Not just another Friday evening 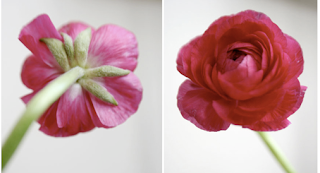 Last night I cycled home. It was a warm, silent evening after an incredibly mad afternoon with football victory by many.
Almost home, near the Muziekgebouw a man asked me to stop for a question. I stopped, for not everyone who wants to ask something is a creep. It was a tall, dark man, neatly dressed, with fear in his eyes. He started to explain me in very good Dutch about his situation. He was from Sudan. Just left the asylum centre, for he was about to be transported the next morning to Schiphol Oost. Then back to Sudan. His 2 daughters, aged 7 and 9, were in Belgium. He wanted to go to them for a DNA-test. To proof he is their real father. The only option for family reunion. And a permit to stay in Belgium.
Here his case was lost. Also at High Court. They say Sudan is safe. At first I was reluctant, for he wanted money. For the train. Of course, always money; that what I thought at first. But as I kept asking him more, he kept on telling me facts that were stunning, and nobody who is not in that situation could make up these facts for a 'sad story to get money through empathy'. My dad is quite involved in such cases, so through him I got to know quite a bit as well. So: case closed today, tomorrow transport to the asylum prison at the airport, and after that back to Sudan and his daugters maybe lost for ever, no official way to help him get to his daugters, his lawyer advised him to leave the asylum centre instantly, 11pm. He wished him luck. I still had no idea how to help him, had no money on me and would the money really help him at this hour, and feeling very ashamed I cycled on. Feeling terrible. So I decided to cycle to the bank and get money for him. All this in a sudden hurry. On my way I called a friend, asked her if it was wise what I did. She said yes. If his story is not true, it's only 50 €. If his story is true, and you seem to feel it is, than you help him a great deal. I cycled at full speed to try and find him. Only a 100 metres from where I left him I saw him standing, talking to someone on a bike. So I stopped, and said "I came back, with some money'. Just at that moment the man on the bike also gave him money. I said 'Let's share' and gave him half. The Sudanese man was so glad and grateful. We both wished him a reunion with his daughters, and cycled home. He was Willem. From The Netherlands but living in Denmark. We chatted, until our ways splitted. Back home, having a calming tea on my balcony I kept thinking about the case. I think he was genuine. These things happen. In this country. If the case for asylum is closed you are just being treated as if you are a criminal. You are a case. Out of many. You are not a man who has a chance to be reunited with his family. No official way to give you that chance. It's so shameful.
This week there was an interview in Trouw with Anton van Kalmthout, retiring professor in immigration laws. He said: "Our idea of refugees is so negative. With an atrocity in Haiti everyone wants to adopt a child, but with 20 years of civil war in Rwanda or Somalia we keep our borders closed. These people are a bother, and their human rights are unwelcome costs and cause inconvenience."
He is right. And I hope the Sudanese man is in Belgium today, with his daughters, and that they can build a future together. Save and welcome.
Gepost door Reny op 06:12 Geen opmerkingen: